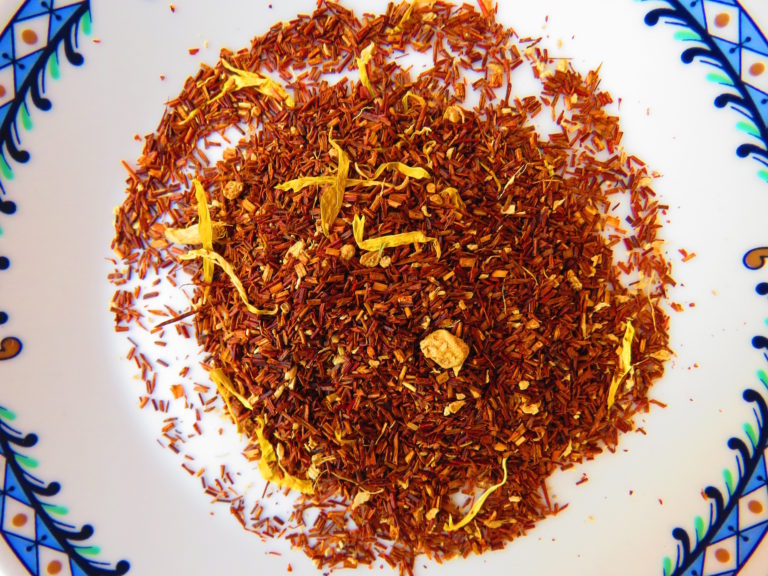 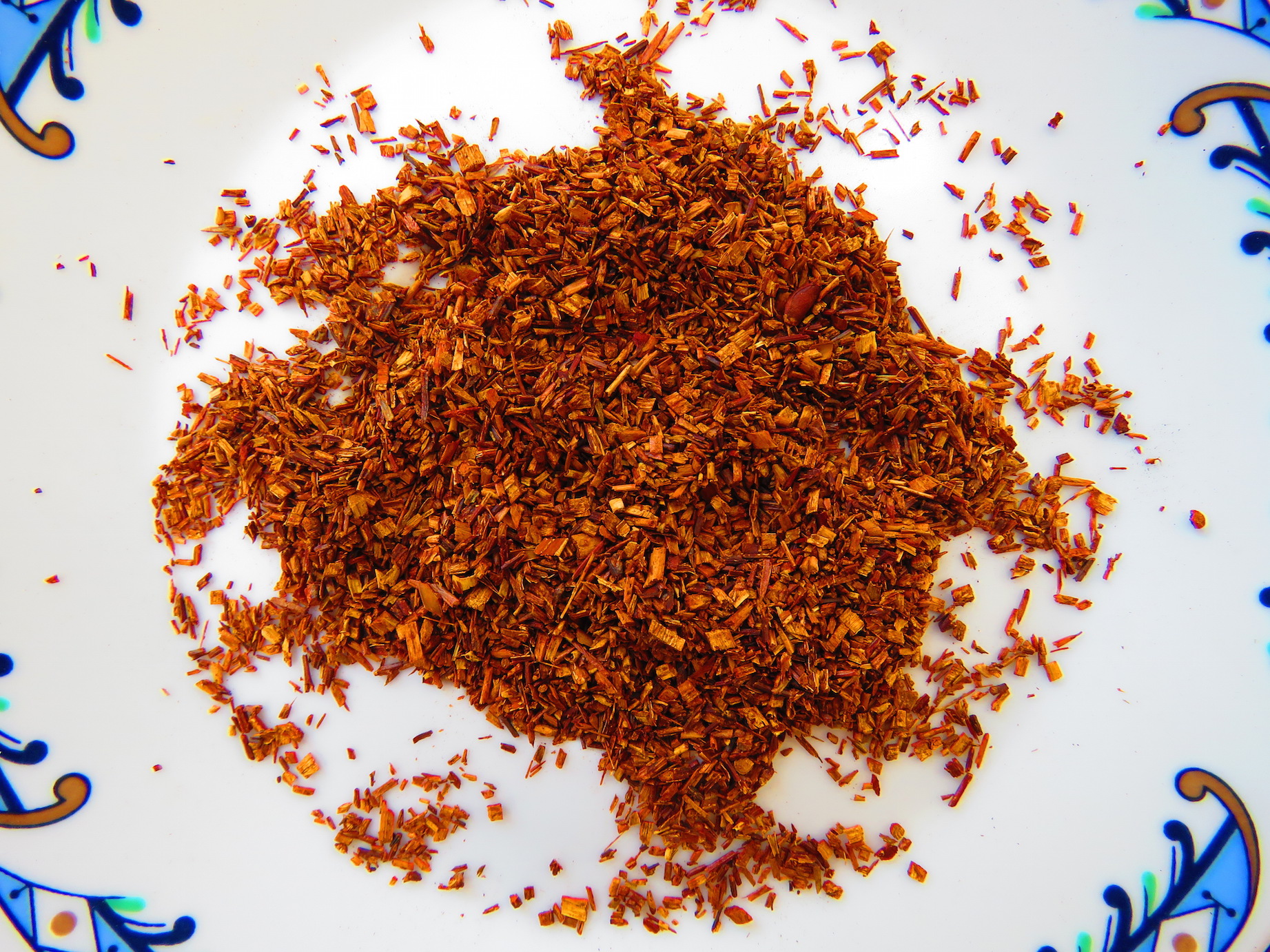 Ginger, (Latin: Zingiber officinale), is one of the oldest known spices in the world. The sharp flavoured root has its roots, pardon the pun, in both India and China, but gets its name from an ancient Indian Sanskrit term stringa-vera, which translates into English as “body like a horn”. The spice is mentioned in the works of Confucious, the Koran, and various European Medieval cook-books. Ginger grew in popularity because it kept for a long time and was able to survive long trading voyages. The spice subsequently became a frequently traded commodity and at one point was usually offered along with salt and pepper.
Now don’t worry, we haven’t unearthed, again sorry the pun, a centuries old storehouse of ginger for this tea – we’ve used a freshly grown variety. And what a tea it is! Blended with the mellow character of South African Rooibos and hints of fruit, the ginger lifts spicy notes that warm the mouth and cleanse the palate. (Incidentally, its palate cleansing qualities make it an excellent alternative to green tea when eating spicy Asian dishes.)

This is a great caffeine free alternative to this popular Indian inspired blend of organic spices and herbs.

Our Single Estate South African Organic Rooibos is known for its distinctive red colour that presents a relished smooth and mellow flavour.