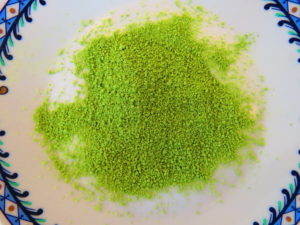 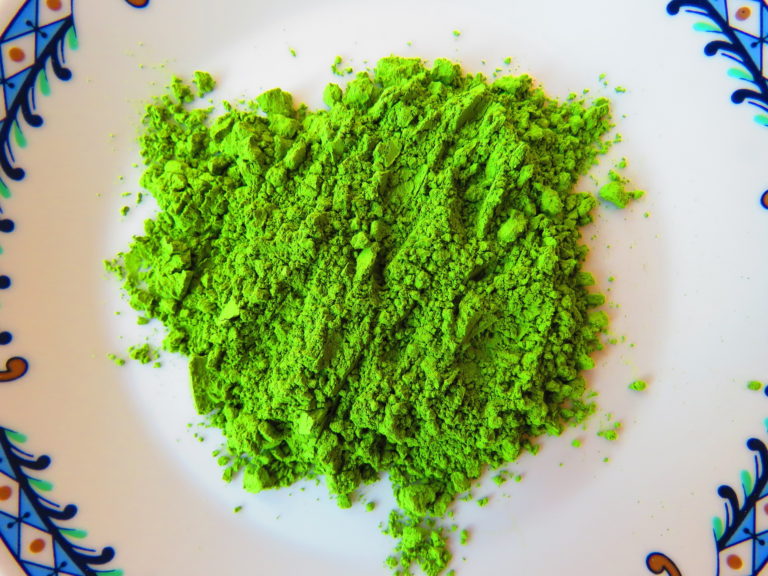 This premixed Matcha blend consists of Grade 1 Organic Matcha green tea picked during the first harvest, combined with natural raspberry flavour and cane sugar.  Matcha tea is prized for it’s wide range of health benefits, and contains naturally occurring vitamins, minerals and antioxidants which can all contribute to overall wellness and mental well being.  Our Raspberry Matcha Grade 1 is pre sweetened with natural cane sugar, and contains no artificial colourings, preservatives or chemical additives. Naturally organic, it is a top quality Raspberry Matcha blend that is not only delicious but good for you too!

Hailing from the birthplace of green tea in Japan’s Obuku valley on the outskirts of Kyoto, this premium Ceremonial Grade Matcha tea has a refined quality that is hard to beat.

Hand picked in the traditional manner by skilled and experienced tea farmers, Ceremonial Matcha from the Obuku valley is one of the few remaining teas to be farmed and harvested by hand rather than mechanically, producing a wonderfully distinctive green tea.

Providing a smooth and mellow aroma and flavour palette, this matcha is produced from pure Gyokuro leaves and has a light emerald colour and fine texture.  Served gently frothed and unstrained, it is rich in antioxidants, beta-carotene and vitamins.

Certified organic and unrivalled in terms of quality and flavour, this ceremonial tea is the perfect green tea to choose for times when only the best will do!

Matcha, is perhaps the most refined tea available on the market today. From the unique way it is produced to the important place it holds in the cultural life of Japan, few other teas can compare. The first thing you will notice upon opening the packet is that Matcha is finely powdered and looks like emerald coloured flour. This characteristic truly sets it apart from other teas. When brewed, the powdered leaf is not strained or left in the pot, but is whisked into a frothy concoction and consumed. Because the leaves themselves are imbibed, brewed Matcha contains higher concentrations of vitamins and antioxidants than most other teas, green, herbal, or otherwise. In fact, brewed Matcha contains nearly 10 times the polyphenols and antioxidants of regular teas, 2 times the antioxidants of a glass of red wine, approximately 9 times the beta-carotene of spinach, and 4 times that of carrots.

In Japan, Matcha is considered an integral part of the very essence and soul of the country itself. The tea makes its first appearance in Japanese tea manuals sometime during the 12th century, making it one of the country’s most ancient varieties of tea. Matcha is also Japan’s most important tea since it is the tea used in the famous tea ceremony, or Chanoyu. This ceremony is an elegantly rigid affair that developed over the centuries as a transformative and meditative practice. It was originally conceived by the ancient Samurai, the noble class of warriors famous for their elaborate costume and highly regimented lifestyle.

The Samurai learned the fine art of brewing Matcha from Buddhist monks sometime in the 13th century. Japanese monks believed the tea possessed qualities conducive to meditation and drank it during religious ceremonies. The Samurai learned that meditating through the drinking of Matcha could restore them physically and prepare them mentally for battle. Drawing on their strict code of conduct, they developed an elaborate framework called wabi within which to brew and consume Matcha. Wabi loosely translates as follows: Quiet, sober refinement characterized by humility and restraint that celebrates the mellow beauty that time and care impart. Over the centuries, this philosophy, developed by the Samurai, gave birth to the Japanese tea ceremony we are familiar with today. It is in reverence to their noble way of life that we present this amazing tea.

These days, although the Japanese tea ceremony still holds a significant place in Japanese culture, the rules around drinking Matcha have loosened somewhat. The ancients were right about how special Matcha is, and because of the way it is produced, it is also powerful. Consider these numbers: 2 cups of brewed matcha contains 7 times the antioxidants of orange juice, 20 times that of apple juice, and nearly 20 g of calcium – and that‟s just the short list. On a gram per gram basis, Matcha also contains approximately 10 times the polyphenols of regular teas*. The healthy qualitites of the tea have led to the its break from tradition – Matcha can now be found served cold, as an ingredient in health shakes, ice creams, and even baked goods.

So what is it about Matcha that makes it so good for you? The answer can be found in the way it is produced and consumed. Firstly, Matcha is made using pure luxury grade Japanese green tea and Gyokuro leaves, a Japanese tea variety that is shaded beneath special shade covers for 3 weeks before plucking. The shading forces the plants to produce a higher than normal chlorophyll content which gives the leaves a rich green colour. Once plucked, the leaves are steamed and dried. Tea at this stage of the process is known as Aracha. Next, the Aracha is stripped of all stems and veins resulting in a pure leaf known as Tencha. Tencha is then stone ground into its finely powdered form. Since it is powdered, no matter how you prepare Matcha, you are actually consuming the leaves – which contain high nutritional value – there is no other tea in the world consumed in this manner. It is said in Japan that because of this characteristic, Matcha is the healthiest natural beverage in the world to this day!