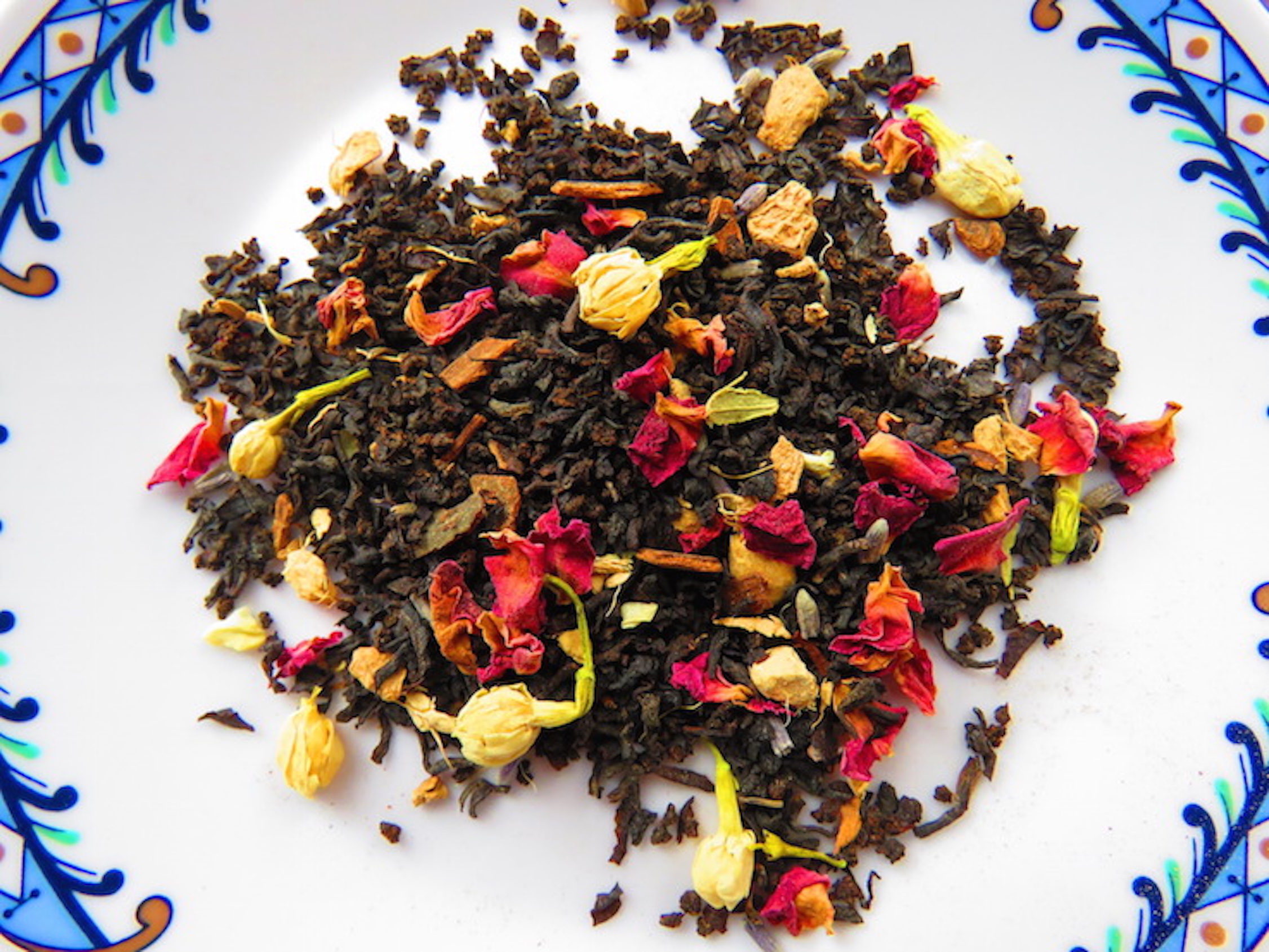 When I was younger and traveling throughout India, I fell in love with Chai.  One question I consistently asked people was, “What is the origin of masala chai?” The overwhelming response to my informal survey was that it was “grandmother’s chai.” (“Nani Chai”).

Grandmother, the traditional caretaker of the household, would brew a blend of plant roots, bark and seeds if a family member became ill or as a tonic to stay healthy through the changing seasons. In fact, many of the ingredients now found in a classic cup of masala chai are useful for treating colds, flu, stomach ailments, digestive problems, lung issues and other common maladies. These family recipes were handed down from mother to daughter to granddaughters over generations spanning hundreds of years.

One generally held belief (or chai conspiracy theory) that was heard repeatedly during our travels is that the British, knowing tea’s addictive properties and seeing an enormous new local market, at first dispensed tea at no cost to the Indian population. This marketing plan paid off, as India became among the world’s largest consumer and producer of tea. Eventually tea, with its energy-giving medicine, made its way into Grandma’s spice decoctions. Add some milk and sugar, originating from both the Indian Ayurvedic and British teatime traditions, and masala chai was born. There is, of course, no way to sub- stantiate this chai creation story, but it seems plausible to us.

Chai is such an integral part of Indian culture, I think any Indian who scrutinizes the Westerner’s recent chai craze might wonder, “What took you so long?” As a foolish Western chai lover, I offer my humble thanks to the long line of ‘Nani’ on the other side of the world who gave us the gift of masala chai.

The taste is heavenly – ginger and cardamom intermingle with cinnamon, cloves and hints of black pepper. The full-bodied cup is rounded out with floral notes that tempt the taste buds and will have you crying out for more. Brew a pot today and raise a cup to all of the Grandmothers out there.