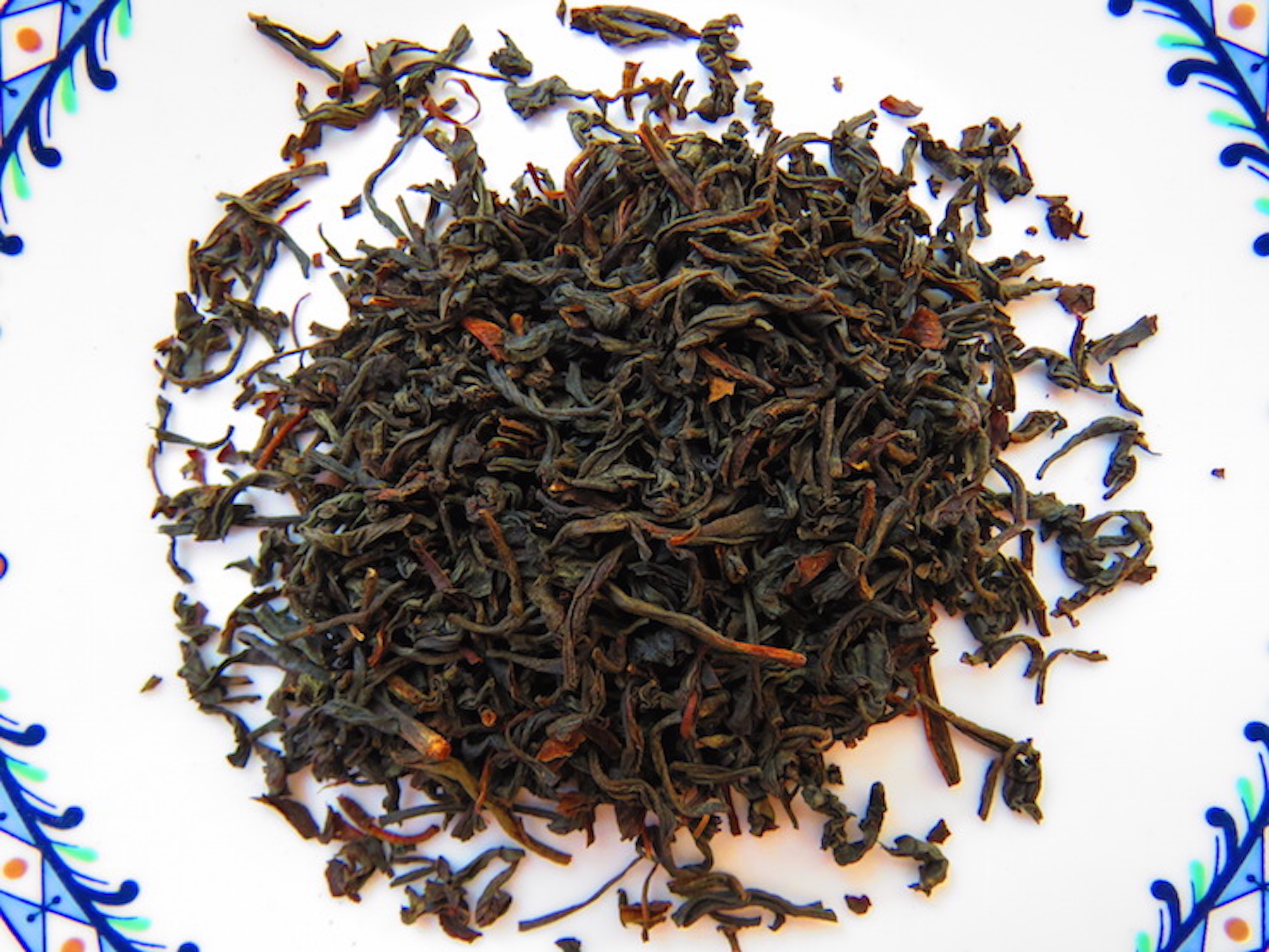 Tasting Notes: Full bodied, malty and robust.  All the characteristics that make this an exceptional Assam.

Teas that are produced without the input of chemical fertilizers or pesticides and herbicides generally have a lower yield per acre and quite often quality can suffer compared to when fertilizers and others inputs are utilized. Nevertheless with good manufacturing techniques the cup characteristics can be maintained at a very high level – such is the case with this tea! This tea is a classic top quality Assam, very full bodied and tending ‘juicy’. Quite often milk is used to tone down the strength of the tea since milk gives the tea a smoothness that is very pleasant and highlights the malty notes.
Historically the Assam tea bush is a subgenus of Camellia Sinensis. This variety was found growing wild in the Assam province of northeast India in the 1823, when the British East India Company was studying a proposal to grow tea in India. The idea was turned down for fears that India’s production might endanger their China tea monopoly. Ten years later conditions had changed. The company’s opium trafficking had angered the Chinese government and the British Crown overrode the objections of the East India Company and backed a project to grow tea in India. By 1837 it was successfully cultivated in Assam and in May 1838 a few chests were shipped to London (true organic tea – grown before the advent of artificial fertilizers and herbicides). The first consignment of 8 chests of Assam tea was auctioned off in 1839 heralding the advent of Indian Tea in the world markets. Tea continues to play an important political role in India’s development. Not only do millions of people gather their main source of family income from the tea business, but in 1946 Mahatma Ghandi in his non-violent struggle for Independence is known to have taken tea to King George-V at Buckingham Palace for their historic discussion on Indian Independence.