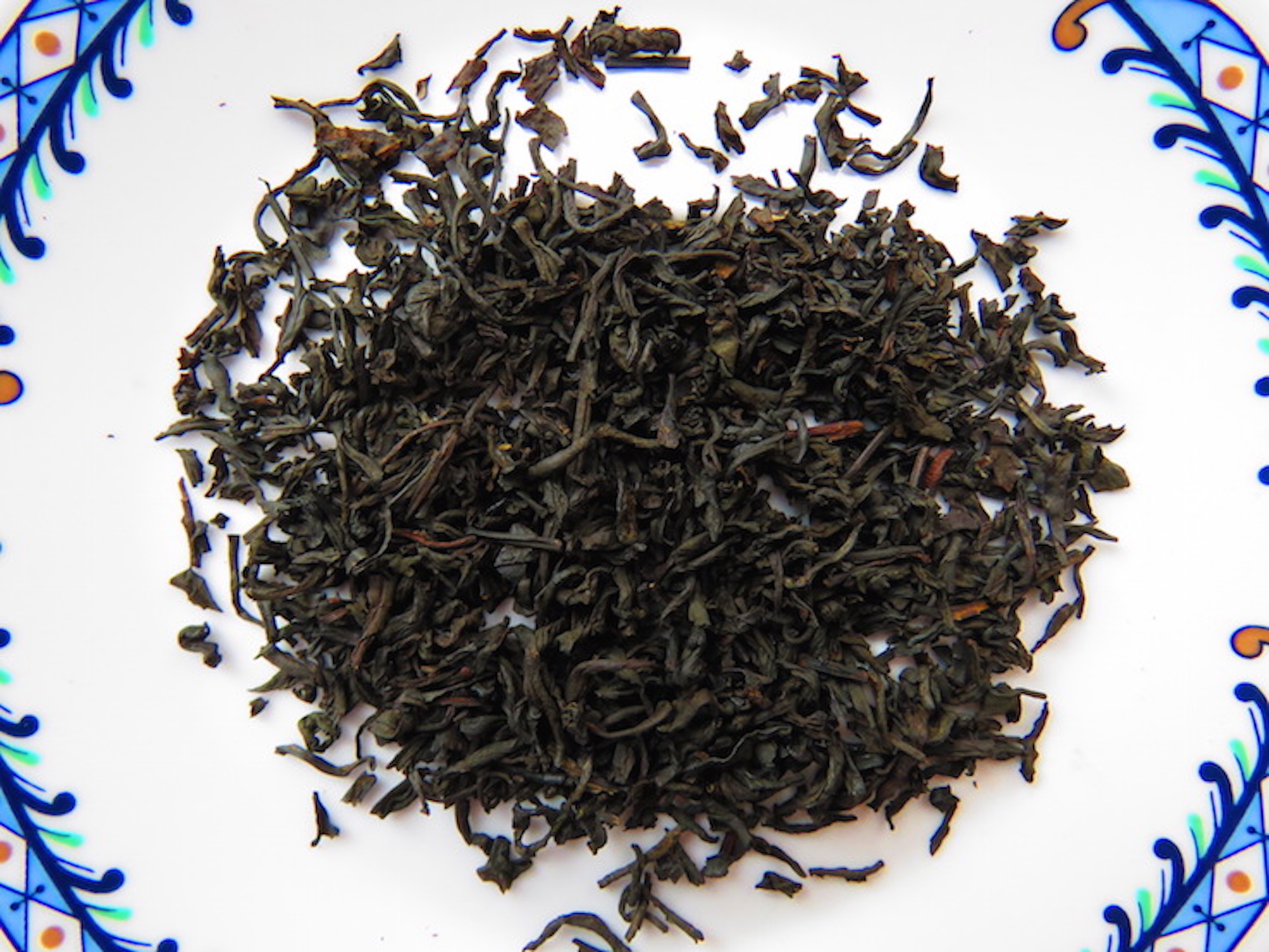 Tasting Notes: A smooth and deep flavourful cup with delectable mild hints of a pine and oak fire.

It has been said that “The beauty of Taiwan tea resides in the hard-working spirit of past generations to pioneer the golden age of Taiwan tea.”  Truer words regarding this island nation’s tea industry could not have been spoken. Through all of Taiwan’s political ups and downs during the past couple of centuries, the art of tea has prevailed producing some of the world’s finest cups. Although these days Taiwan is often associated with semi-fermented Oolongs, the industry there actually began with the development of black tea – teas such as this outstanding Lapsang. Local teas originated from two varieties of wild growing plants, their primary difference being the colour of their sprouts. This tea, known as Taiwan Mountain tea had either greenish tending light purple sprouts or purple-red tending fuchsia sprouts. Initially it was thought that neither of these teas were commercially viable. That all changed however when improvements were made to a varietal sub-categorized as Taiwan Tea No. 18 making it suitable for black tea production.
It is the belief that due to the exceptional appearance of the leaf, Kangaroo Lapsang is probably produced from plants stemming from this original Tea No. 18. Production begins by withering freshly picked tea over pine and oak fires, pan-firing, and then rolling the leaf by hand. Once rolled, leaves are pressed into wooden barrels, covered with cloth, and allowed to ferment. Next, the leaves are re-rolled into tight strips and placed in bamboo baskets, which are hung over burning pine boughs. As they dry, the leaves further develop their rich smoky flavour. Because of the quality of the fresh leaf used to produce Kangaroo Lapsang, the resulting tea is one of the worlds finest. The flavour is robust, deep, and highly aromatic, filling the mouth with distinctive smoky pine notes. The flavour leads us to another quote, “The beauty of Taiwan tea resides in the flavour, the clearness of its colouring, the purity of its taste, and the elegance of its aroma.” That being the case, this tea is a true example of the beauty of Taiwan tea. (As for the odd name – the true origins have been lost to the mists of time – although legend has it that a ship carrying Kangaroos to the Boston Zoo from Australia almost 200 years ago capsized off the coast of Taiwan, then known as Formosa. The ancient stories maintain that the kangaroos lived in peace amongst the tea plants for many years!)